AutoCoach Stopwatches and the first iPhone

When the original Apple iPhone came onto the market on 29 June, 2007, it was not the first so-called “smart phone.” Blackberry, Palm, and Windows already had different versions of smart phones on the market.

The arrival of the iPhone on the scene was a game-changer though.

Virtually overnight people were intrigued with the design and wowed by what the phone could do. . . or more importantly with the launch of the App Store a year later, what it could be expanded to do.

For those of us who bought the iPhone (or later the Samsung and other Android variants) the unboxing experience was unique. It was exciting! You knew you had something special that you were holding in your hands. You knew it had potential that other phones didn’t have. In short, you knew it changed what you could do with a phone.

Along with that excitement came a bit of confusion though. It had a new operating system that you weren’t familiar with. It took some adjustment to get used to Apple’s intuitive interface. Knowing where to look to find things took some getting used to as well. After the initial wave of excitement of opening your new iPhone box wore off, came this sense of “Ok, now what do I do with it?” But as time moved forward, books and articles were written about different features that the phone had that most users didn’t know existed. With some learning, some study, lots of discovery and some help from friends, using and navigating the iPhones became quicker and easier.

Much the same can be said about the AutoCoach stopwatch. The AutoCoach smart stopwatch is a game-changer. It greatly expands what coaches have come to expect from a watch.

Yes, it tells times and splits. Yes, it can do stroke cycles. Most serious coaches have used the Seiko or one of any number of similar style watches.

But like the iPhone, the AutoCoach stopwatch can do much, much more. The more you learn about it, the more you see its potential and how it can improve one's coaching. And, it can improve the swim experience for the athletes. 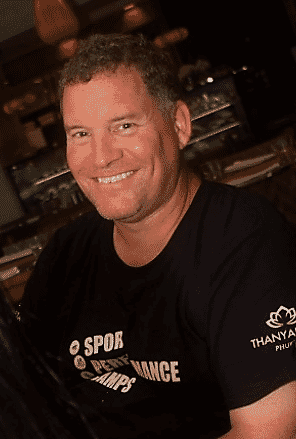 When I opened the box on my new AutoCoach stopwatch, I had the same feelings as I had when I opened my first box with a new iPhone.

When I first heard the watch call out,  “On,” I thought “Wow! It’s talking to me!” But then as it powered up came the familiar “Ok, now what do I do?” I wasn’t sure what button to press next. It took some time to figure out the buttons, and how to navigate thru the menus. But doing so revealed more of what the watch could do with each new screen. The ability to time two swimmers on one watch, the link to the speaker so it will call out times and intervals to my swimmers. Pace modes, speed modes, race modes…beep tests, graphs, velocities. And thinking to myself “Hey, if I can time two lanes on one watch, I can time four lanes if I had two watches!” Why not?

I was already used to running practice with a watch in each hand. I’d learn more about groups later on.

The possibilities seemed endless. The first swim meet I attended with my new watch was an eye-opener. Instead of frantically calling out splits to my assistant (or doing it myself), counting strokes, watching turns, and breakout distances, I was calmly watching the race and listening to my watch call out most of that information to me. I was more into the race than I had been previously while also getting more info at the same
time.

With later additions of the software and now the AutoCoach One, even more possibilities have come online. With each comes a bit of a learning curve, but in the end, I'm seeing that I can spend more time on deck being a coach, and less time having to write down information.